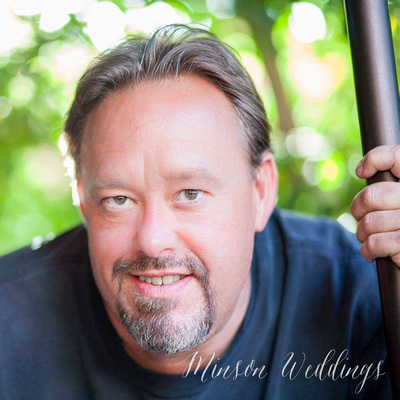 Why Brian is so unique and a timeless photographer:

There are two things about Brian that his couples always comment about him time and time again… His images are so different than every other wedding photographer, and how much fun he is to be around.

One of the first things you notice about Brian’s photography is there is just something about it that you don’t see every day.  It feels warm, it looks timeless, it’s a REAL photograph not a digital snap shot by the newest electronic device.  His images are not all pixel perfect, nor are not all “Photoshopped” to death; The reason for that is he continues to shoot film in his cameras.  When film isn’t required, Brian’s digital cameras are professional grade full frame models that were made to look like traditional film.  It’s funny sometimes to see him pull a roll of film from his pocket to reload his camera during your formal portraits, but that’s just his way of letting the two of you sneak in a few extra off camera kisses. His images will stand the test of time and your grandchildren will be able to hold in their hands your wedding photos, long after your laptop has been tossed in the recycling pile.

The other trait couples just love about Brian is his personality.  He isn’t stuffy and full of himself like so many other photographers are.  If grandma wants to sneak in with her camera and get a photo, Brian will be the first to say “come on beautiful, grab a shot of your grand-daughter!”  If you follow him on social media and you’ll quickly see couples gifting him bottles of whiskey on their wedding day (and most have a shot with him before walking down the isle); he is on top of his game and the proof is that his photography has been published around the World in various magazines.  The funny thing about Brian is, he still believes in the classic feel of life before we all got too deep into the digital world; and when he pulls up to your wedding in his restored 1967 Porsche coupe with a film camera around his neck you just smile… you got one of the best photographers taking care of the most important day of your life.

Get Started Now, E-Mail Me!